Today I wanted to introduce Degraph in my project to track cyclic dependencies. This got me a java.lang.IncompatibleClassChangeError which I had never seen before. Here’s a brief report how I solved this.

First, I added Degraph to my Maven-build project by adding this to my pom.xml:

I wrote this short test to make sure that all classes in my project are cycle-free:

Running this test, I got:

The assumption was that Degraph is apparently being executed against a different version of the asm library than it has been compiled to. To proof this, I had a look at the Maven dependencies. Using IntellijIDEA, I opened the dependency view via the “Maven Projects” view -> rightclick on Maven project -> “Show Dependencies …”. 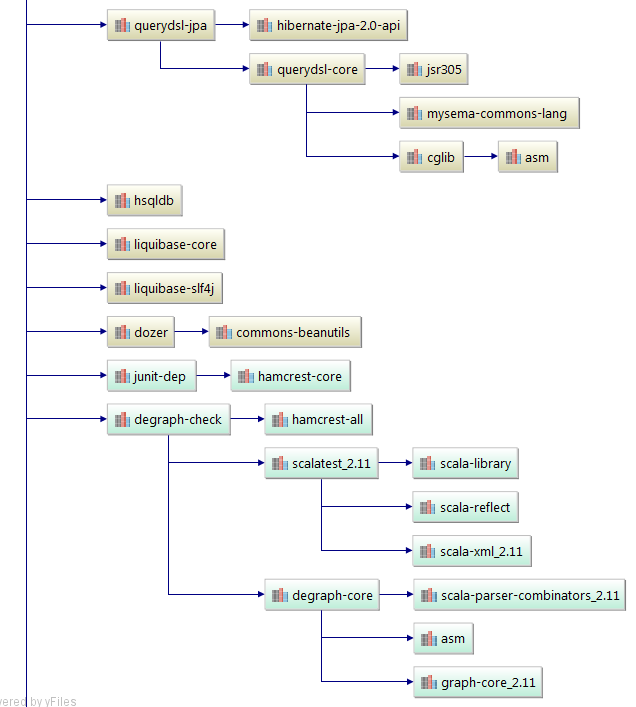 In the new version, querydsl-jpa has no dependency to asm. This solves the conflict because there is only the one asm version referenced by Degraph. Now all tests work fine.

If the update of querydsl-jpa hadn’t removed the dependency to asm, I would have tried to exclude it using dependency exclusions. This would work if qerydsl-jpa runs fine with the new version of asm provided by Degraph.

When running into an IncompatibleClassChangeError, check your Maven dependencies for multiple occurances of a library. Try to eliminate these.

Lessons learned in May 2016